Firstly, huge kudos to John on his magnificent run at the WPT Championship. I know John will be gutted, but he can take great pride from such a brilliant performance.

With John's drive and talent, it's only a matter of time before he scoops a major title on the world stage.

The Celtic Poker Tour grand final had a €1,100 buy-in and 130 starters, with a 20,000 starting stack and one hour clock. For the top players in the country there is no greater value event on the poker calendar.

As I write this, it's down to four players including Dara, Jason Tompkins and Sean Prenderville with Donal O'Connor finishing an unlucky seventh. I think any knowledgeable person looking at the line-up would have the four lads in there top ten to run deep.

The CPT is more or less a rural tour and has a big following of a similar demographic, who more or less play the same style. Basically plenty of limp calling and never folding top pair.

The early levels were a bit of a minefield. Every open got 4/5 callers and every limper is calling 100% of their limp range. This is fine when you're hitting flops but if you're not, the best policy is probably giving up. The early levels here are about getting value from your made hands, I feel bluffing is not wise.

Couldn't get anything going until level three, where I picked up a good pot when I raised A6 and hit top two and another with the bullets.

Was cruising along nicely with 45k, when I get QQ in the small blind. Short stack pushed for 1600 and he was min raised from mid-position. I was fairly sure the raiser had a big hand, so I gave him a bit of talk about how his kings were in big trouble. His reaction confirmed to me that I was right.

I probably should have just folded the Queens, as I wasn't getting the odds to mine for his 23k, I just didn't want to and hit a Q33 flop. The other player had 5k left by the time the river King hit. I was so sure of his hand that I actually check called the 5k reluctantly into the 40k pot.

Had the king not hit, I'd have been on 70k with two hours play left, the chip lead at the end of play for the day was under 80k.

I buckled down for the rest of the day and managed to finish on 34k ahead of the average.

I had a great table but unfortunately it broke early on day two. My new table was harder with Sean Prenderville, Donal O'Connor and Bops on it.

Third or fourth hand on the table, I four bet Sean light. My following button I opened KdQd and Sean 3-bet me again from the BB. I peeled a low flop and floated his C-bet. My plan was going fine when he checked the turn but became unhinged when he shoved over my bet.

Gutsy move with the A8, for ace high which he showed, I would have called very light, just not K high light (just see result now and Sean went onto win it so at least the chips were put to good use).

This dropped me just under the starting stack, which was decimated further in a race AK v 99. I wilted away soon after.

I enjoyed the event; it was well run with a great structure and good atmosphere.

With a third of the year over my results have been woeful. I suppose I should be a bit worried about this, but I'm not. I've really only played a hand full of tournaments this year. I have a decent understanding of what variance can do to you from my STT days and I'm not panicking just yet.

I'm actually in a very positive place with the game mentally. I've been playing a bit more the last few weeks and I'm really enjoying playing. If I'm honest my enthusiasm for the game had weaned seriously for about a six months period.

I can't put my finger on the reason for the inertia in that period. I guess it's just a natural cycle. When you've spent as much time doing anything, as I have playing poker over the past five years, there's bound to be a flat spot. I'm just very happy to be hungry to play and still enjoying it.
Posted by nicnicnic at 10:14 PM

No Joy but Good Times

I headed to the Burlington Thursday evening, full of the hope that the poker gods would shine on me and my name would be on the trophy come Monday evening. I'll be back next year with the same optimism.

Decided on playing the super satellite late. Mainly as a ploy to keep me out of trouble. It worked as I managed to pass the bar, which was hopping upon my exit at 2 am

I knew Jay Renehan and recognised a couple a couple of other Irish lads at my starting table. It looked a decent draw until top English pro's Andy Ward and Laurence Houghton filled the two empty seats after about 30 minutes

.
I had dropped to

in two hands where opponents chased draws and hit. I was happy I had lost the minimum.

After another level the table was broken. Andrew Grimason was running the show on my new table, which was far more aggro than the first.

were the only two hands I had for the first six hours. All I really could do was to maintain my stack between

11k for this time

Towards the end of level six, the chip leader at the table limped in early position, the first limp in three hours. Another three followed and I made up the small blind with

was rather pleasing. However, I started to think it might not be my day when all five checked the flop behind and then folded to my small lead when a second suit Jack hit the turn.

My exit came on a new table shortly into level seven. Jason Tompkins opened the button to

off suit with the intention of calling a shove. Unfortunately he held

Jason is a player I've played against over the years and has developed into one of the best in the country. My initial reaction was it was a cooler as Jason's range for opening here is any two cards.

Given time to digest the hand, I should probably fold when he pushes. Our stack sizes were practically identical. And as he knows I'd seldom raised/folded over 8 of my 23 blinds here, he almost always had me crushed when he shoved.

Another fantastic run from Pete Murphy. His record in reaching final tables in major Irish tournaments over the last two years is phenomenal. It really is just a matter of time until he gets his hands on a major title.

I was gutted for runner up Paul Carr. Paul's a top lad and regular at every festival in the country. He put up an epic showing and but for a cruel river would of been crowned champion. When the dust settles, I'm sure he'll take some solace from the €312k cheque and his place assured in Irish poker history.

Having exited the tournament, it was onto the back up plan of Marty's s

The following week was spent golfing at the fabulous Lough Erne Golf Resort. We did take a day off from the golf for Marty's wedding.

A fantastic week, in a smashing spot with the best of company, good times. 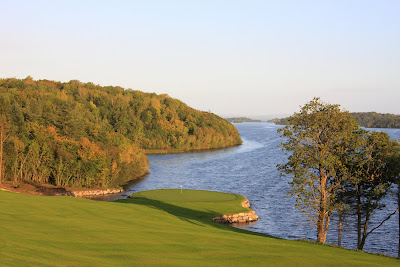